I started studying music at a young age, taking interest in piano, saxophone, and guitar. By the time I reached middle school, I was writing songs and starting my own bands. My love for music continued to grow into a personal passion throughout high school and the years after.

During the first years of college, I founded the band End Point (later Devil’s Key), with whom I recorded two full-length albums, played regular shows, gained a fan following, and was featured numerous times on the FM radio station 97.6 I-Rock (both in songs and interviews). During these years, I completed my Associates of Arts degree at Heartland CC.

I continued my education at Columbia College Chicago, receiving a Bachelor of Music degree in December of 2011. While at Columbia, I studied composition under renowned composer Marcos Balter, conducting under choral director Bart Bradfield, and guitar performance under prolific Chicago blues guitarist Fernando Jones. During this time, I performed with academic ensembles, developed my compositional style, and began collaborative endeavors with many other artists and film students.

Since graduating from Columbia, I have provided compositional work for TV shows, video games, animations, commercials, films, trailers, webseries, and music licensing companies. Additionally, I founded the audio production house Point One Audio. I now work for AGS, an international company that develops games for the casino floor. While headquartered in Las Vegas, a main creative department for AGS is based in Atlanta, where I work full-time as an in-house music composer/sound designer.

VIEW LIST OF ARTISTS / BANDS WITH WHOM I PERFORMED LIVE 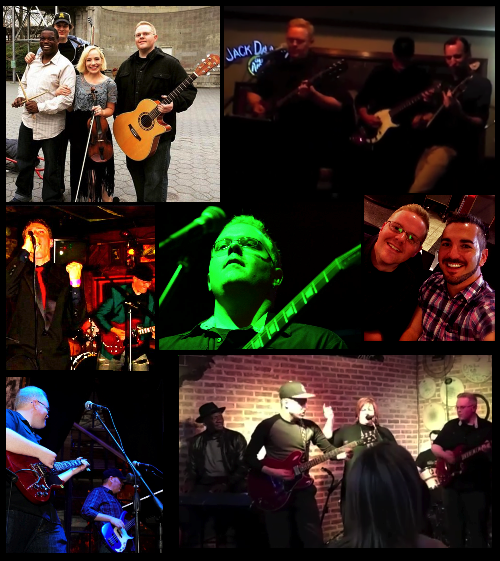